Having a robust quality system that works for your mill is the key to keeping customers, employees, and auditors happy. It greatly reduces the risk of mycotoxin contamination in the feed chain and helps keep your customers safe, and their animals, from other harmful contaminates.

For more information on controlling mycotoxins in your mill please contact your mycotoxin representative.

Storage bins and equipment should be monitored and cleaned regularly.

These areas are often perfect environments for mycotoxins to be produced and are often overlooked. Empty ingredient storage bins on a regular basis and clean grain storage bins as often as possible.

Remove any molded grains from the bin and fix holes and leaks. Have the rest of the mill on a regular cleaning schedule to ensure the mill is clean and presentable.

Mycotoxin monitoring has become more important as new information on the effects they have on different species have been discovered. Have a testing schedule in place that represents the feed being milled. Watch for mycotoxin reports such as the Harvest Analysis that Alltech provides.

These reports provide an overview of the mycotoxin contamination that may be present in the different regions that you are buying grain from. Have a tool to analyze ingredients ready at the mill. Neogen's Raptor is a great option that is user friendly and provides accurate information in a timely manner. Even with a Raptor at the mill, samples should be sent periodically to an outside lab, such as Alltech's 37+ lab, to receive a more detailed mycotoxin analysis of the ingredients coming to the mill.

Bagged ingredients are often overlooked but should be included in your quality procedures. Check for torn bags and that ingredients have not changed before using.

Liquids can be difficult to monitor because of the enclosed nature of the shipment containers. Having a trusted supplier ensures a quality product is being delivered. Take samples from the containers when the shipment is unloaded to examine the quality of the product.

At receiving, using a trusted supplier is critical to ensure a consistent quality of the products being delivered. Documentation at receiving, such as a supplier guarantee or previous load hauled form, is important to keep suppliers aware of your requirement for ingredients.

Physically inspecting ingredients before unloading for foreign material, smell, and off color should also be included in the process of receiving. Take a proper sample using proven techniques to produce a homogeneous sample.

There are areas in mills such as storage equipment, legs, and drags that are ideal places for molds contaminating the feed mill and producing mycotoxins. Mycotoxins are not released until a mold is stressed, which can be caused by factors such as temperature, moisture, and the presence of other molds. Just because testing at receiving shows clean ingredients, it does not guarantee contamination cannot occur further within the system because of conditions inside the mill. To combat these issues, a suitable quality system is critical for mills to prevent a mycotoxin problem after receiving. 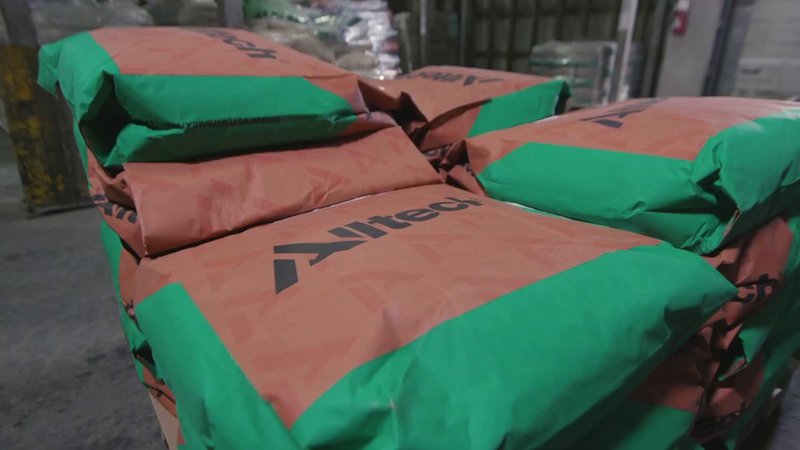 In this Back 2 Basics, we chat with Dr. Alexandros Yiannikouris, Research Group Director at Alltech’s Centre for Animal Nutrigenomics and Applied Animal Nutrition.

What is a yeast cell wall extract?

How does yeast cell wall extract interact with mycotoxins?

mycotoxins in the feed or the animal? Why?

Does pH influence the binding of mycotoxins to

Does yeast cell wall interact with materials other

What is a yeast cell wall extract?

A yeast cell wall extract can indeed be many different things. Applied to the mitigation approach that we have developed at Alltech, it defines a particular portion of an inactivated yeast.

The yeast organism is a single-celled eukaryotic microorganism that is classified, due to its cellular organism and genetic content, as a higher organism. Interestingly yeast, and in particular, Saccharomyces cerevisiae, possesses a cell wall made of a complex network of glucomannan carbohydrates and proteins.

This network assembly has been found, by scientific investigations, to be key to the interaction and potential binding of mycotoxins. The denomination ‘Yeast Cell Wall Extract’ refers to the carbohydrate structures found in the inner cell wall portion of the yeast Saccharomyces cerevisiae.

Glucomannan terminology refers to the overall cell wall composition of the yeast. For Saccharomyces cerevisiae, glucans form the inner portion of the cell wall in a lattice-type of conformation while mannoproteins make up an outer layer, and the two are connected by glycophosphatidylinositol anchors.

The outer layer, made of these heavily glycosylated mannoproteins, is involved in cell-cell recognition events and limits wall porosity.

Chitin, another polymeric component found in the most inner layers of the cell wall , is very insoluble and further maintains the overall morphology of the yeast cell wall.

The fibrous network consists of regions of alternating single-helical and triple-helical conformations which provide structure for the yeast cell wall. This complex scaffold offers a large surface area for interaction with molecules present in the yeast’s environment. Furthermore, research has shown that the yeast organism is able to change this cell wall composition and the proportion of its constituents according to needs, lifecycle and environmental stressors.

How does yeast cell wall extract interact with mycotoxins?

Through fundamental in vitro and in silico computational research strategies, we have learned that the carbohydrate fraction of the yeast cell wall is implicated in the sequestration of mycotoxins. Specifically, the complex, dynamic structure formed by the beta‑D‑glucans provides binding sites of complementary geometry that interact with many different mycotoxins, which are further stabilized in binding sites by multiple hydrogen and/or Van der Waals bonds.

The kinetic of this particular interaction has been evaluated with many different toxins and is defined by an initiation phase followed by an acceleration of the binding rate until saturation of the binding sites. This phenomenon also accounts for the flexibility and dynamic properties of those chains, that further change their conformations to allow more mycotoxins to be bound on their interaction site.

The multiplicity of the non-covalent bonds formed allow the mycotoxins to maintain a strong interaction even in the physiological condition of the digestive tract of the animal, as verified experimentally.

Does yeast cell wall extract interact with mycotoxins in the feed or the animal? Why?

The interaction between yeast cell wall extract and mycotoxins is strongly dependent on the environment where the interaction is taking place. Contacts between the carbohydrate and the toxin are generally promoted by a liquid or semi-liquid environment, such as the conditions found in the gastrointestinal tract.

The intestinal tract plays a fundamental role in digestion, freeing up carbon sources, proteins, lipids, other macro and trace nutrients and, in turn, mycotoxins. Only in this liquid digesta could a portion of the bioavailable mycotoxins then either penetrate the animal and exert toxic effects, interact with the microflora of the digestive tract or interact with the yeast cell wall.

The yeast cell wall, as demonstrated by several in vivo scientific works, will increase the number of toxins excreted in feces.

Does pH influence the binding of mycotoxins to yeast cell wall extract?

Because electrostatic interaction is involved, pH can play a role. A change in pH may alter the charge of the mycotoxin, as well as impact the number of bonds created with the yeast cell wall extract. The pH environment could also modify the spatial geometry of the single chains of beta-D-glucans, strengthening or weakening the interaction.

However, in most cases, it has been found that the pH changes of the GIT were not enough to destabilize such interactions for most mycotoxins. The chemistry and number of charges on the mycotoxin are the discriminating factors into the strength of interaction with the yeast cell wall.

Does yeast cell wall interact with materials other than mycotoxins?

The composition of the yeast cell wall is such that it does not interact with other components in the diet, such as vitamins, minerals or antibiotics.

As a result, animal nutrition is not affected by the use of yeast cell wall extract. 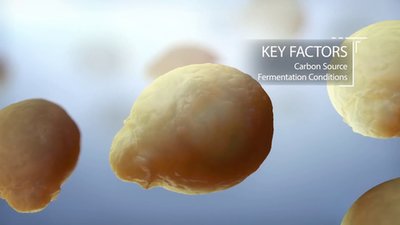